There were still moderate WNW winds today but there was a clear sky so we left Flushing early to get the tide down the coast. Before we left however the last Dutch lock of our trip left its mark. As we were entering the lock at Flushing to go out into the river Scheldt the lock gate started closing on us just as we were going into the lock. It was too late for me to avoid it and although it could have been much worse there does not seem to be any damage apart from some loss of paint on the port topsides.

The Scheldt tide is quite strong so it's important to get the timing right. And after a few hours we were off Oostende (Ostend) in Belgium. Bonita's first trip to Ostend was in 1947 when she represented Britain at a sporting event. She was the only British boat in the harbour at the time and got entered into a race. Sadly she was hardly in racing trim and came comfortably last.

Today the harbour is busy with boats of many nationalities, though the ferry traffic to the UK has gone. The harbour is much safer to enter now than it was a few years ago. 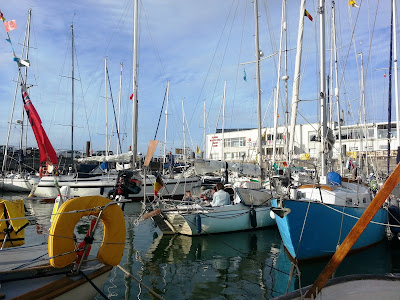 The breakwater used to be an open lattice structure though which the tide used to flow so the entrance could be difficult for low power boats. There is now a much better outer breakwater in the background of the picture below. 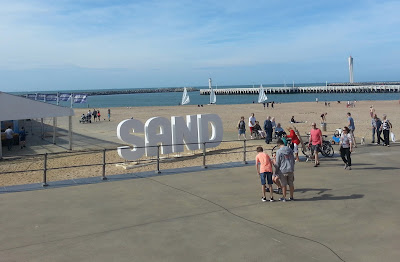 Ostend in August is packed with Belgian holidaymakers (above) and there are all sorts of entertainments including free live performances on the seafront - see below. 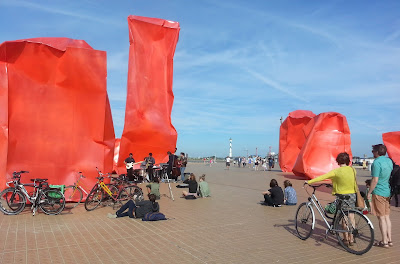 Posted by Bonita: Travels of a Victorian Yacht at 07:02
Email ThisBlogThis!Share to TwitterShare to FacebookShare to Pinterest