Today we travelled down the canal from Haarlem, through a couple of bridges with strictly limited opening times, and out into the Noordzeekanaal that links Amsterdam to the sea.  For most of this trip we had warm sunshine. The day was also greatly improved by the company of Beverley Daley-Yates and Christina.

The girls came over from England on the ferry and were cycling through Holland when they were tempted by the thought of a canal cruise on a gaffer. Beverley edits the OGA website and 'Sailing By', so she took lots of pictures with a proper camera. By contrast, most of the pictures on this blog were taken with a mobile phone. Christina's previous experience of sailing was on a Folkboat so she may be a new convert to the joys of gaff rig. 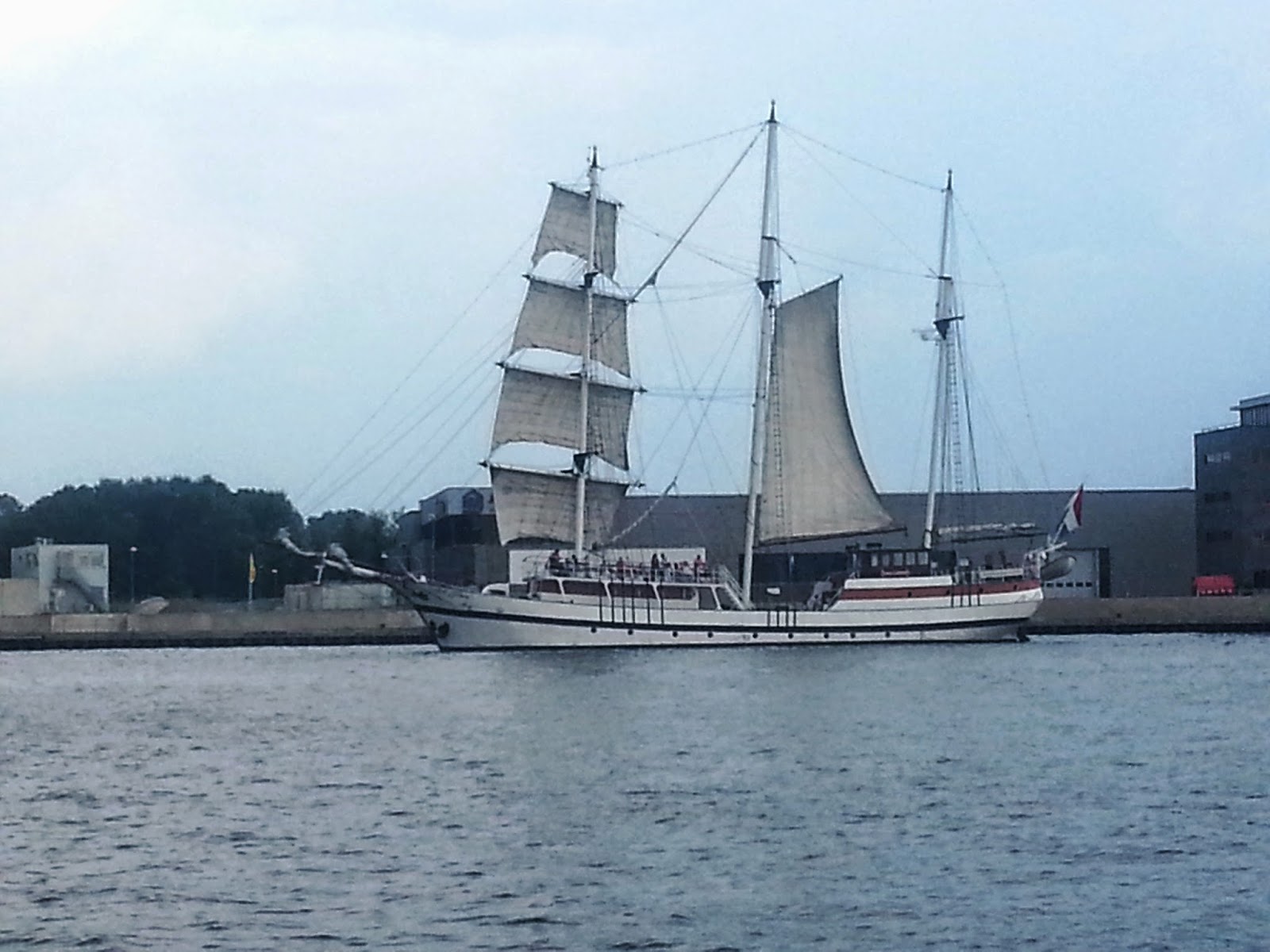 The second picture shows a fine sailing vessel that we saw cruising majestically down the canal with a large number of passengers on board enjoying a reminder of the great days of sail. The effect was somewhat spoiled when we later saw her motoring back up the canal under full power, straight into the wind with her sails still set.

We berthed in the new Amsterdam Marina near to several interesting old vessels including a lightship, an old windjammer, a floating hotel and a decommissioned submarine. There are regular ferries across the canal to the centre of the city. In the evening our crew was greatly strengthened by the arrival of Allan and Alice so space is getting a little tight aboard. 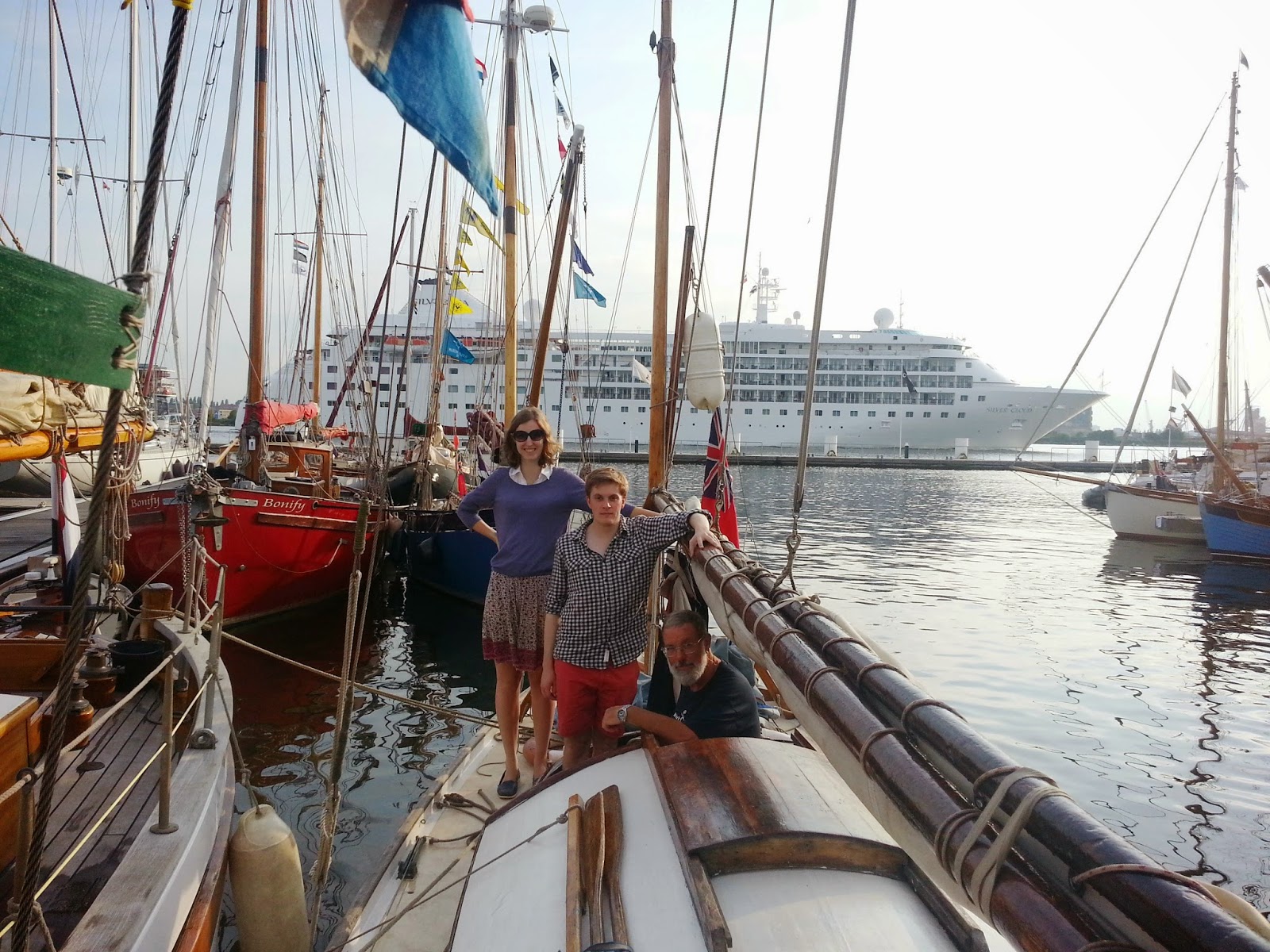 The third photo shows that we have left the world of small rural canals and inshore traffic, and that big ships come to  the busy waters of Amsterdam.
Posted by Bonita: Travels of a Victorian Yacht at 23:39