Friday morning we left the sunny rural surroundings of Braassemermere and traveled in convoy up the canal to Haarlem. The old boats travelling in orderly single file must have looked a fine sight and we seemed to have lots of appreciative admirers on the shore and in passing boats. The procession was slightly less impressive when it came to the bridges as there was usually a scene of organised chaos as the boats of various size, engine power and maneuverability tried to keep their position in mid channel while waiting for the bridge to open.

Much of the time the canal runs above the level.of the surrounding land and at one point a motorway crosses under the canal. 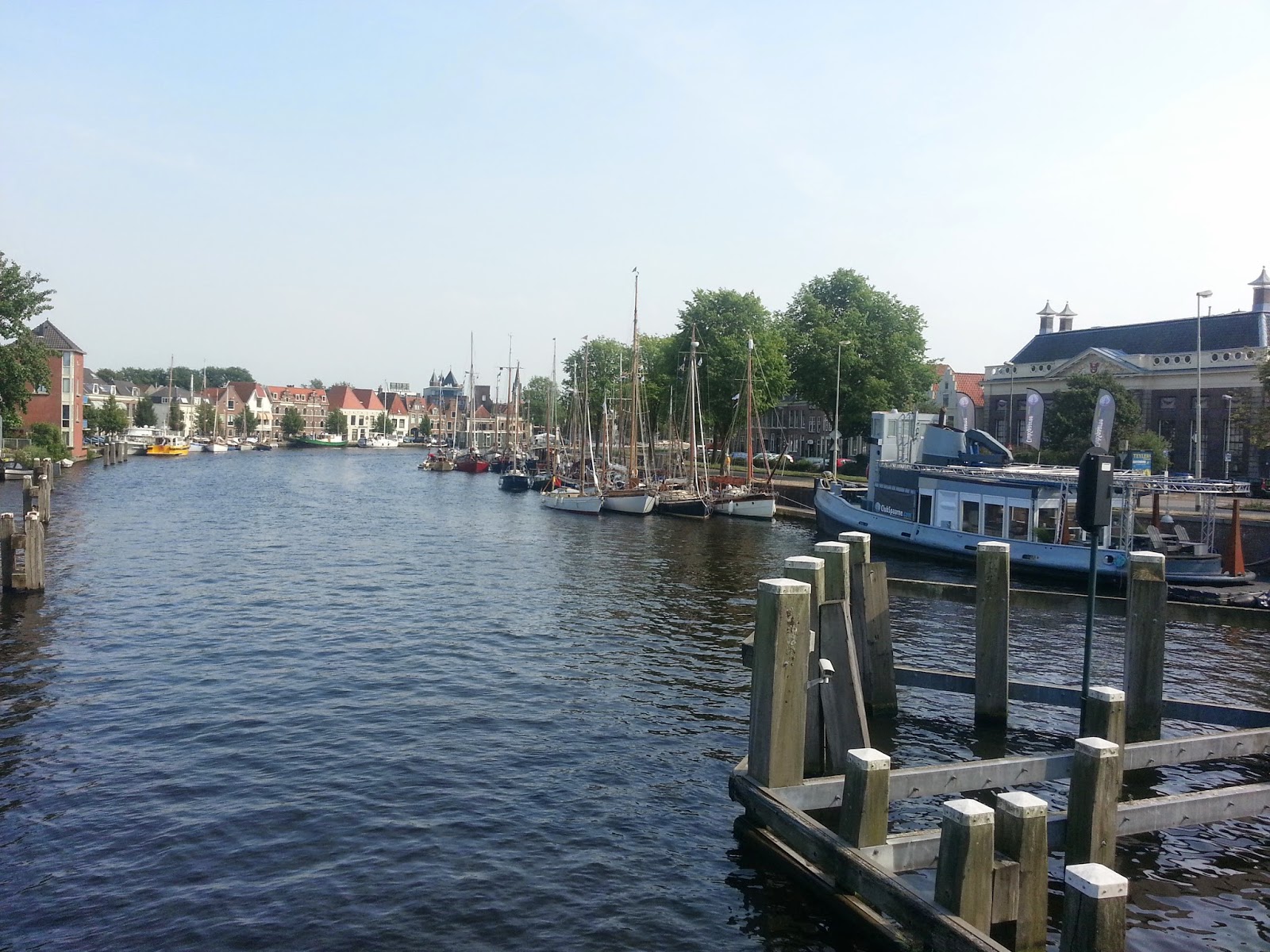 At about 4pm we arrived in Haarlem, and the picture shows the gaffers tied up in the centre of town. I had not been to this Haarlem before but I have been to the one in New York. There are not many similarities between the two. New York of course was originally a Dutch colony but in 1667 Holland traded the island of Manhattan with Britain in exchange for the now obscure Indonesian spice island of Run. 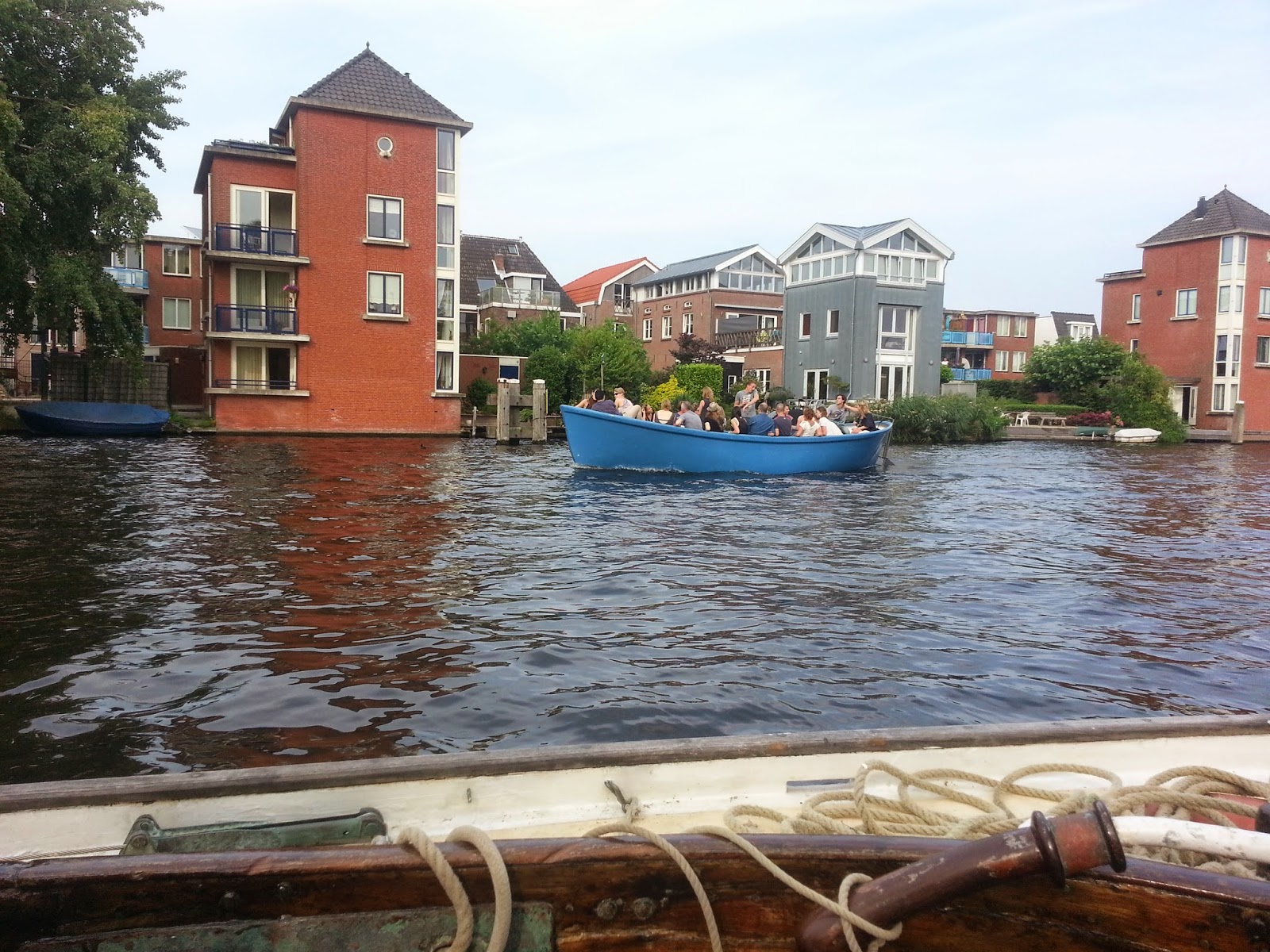 The Dutch Haarlem is a bustling city with many high quality shops and restaurants.
There was plenty of other activity on the canal today. We saw lots of people out in small open launches just motoring up and down the canal, enjoying the open space and sunshine. In the UK many years ago people sometimes used to go for a drive in their cars in nice weather for no particular purpose- just for the fun of it. That doesn't happen so much now but here we have seen many people doing just that in small motor boats clearly made for the purpose.

Posted by Bonita: Travels of a Victorian Yacht at 07:38
Email ThisBlogThis!Share to TwitterShare to FacebookShare to Pinterest