Today we left Gouda early to continue our journey north. The picture shows a large group of boats jostling to get under the railway bridge at Gouda. The opening times of this bridge are dictated by the train times: it opens once every two hours and then only for a few minutes. There is a great scramble to get through and a risk that the slower and less manoeverable boats could lose out. We then traveled several miles down the canals passing under numerous lifting bridges of many different types. Each bridge presents its own challenges especially if there is a barge coming the other way. Being an open water yachtsman Dave had had little experience of navigating through  locks or bridges before this trip but we are now well on the way to regarding ourselves as experts.


The smaller Dutch canals wind through fields, towns and villages. Often they go past people's back gardens. Frequently we find the level of the countryside either side of the canal is actually well below the water level in the canal. These tidy Dutch houses with their elegant gardens exist in an artificial world, depending entirely on dykes, locks and water pumps. 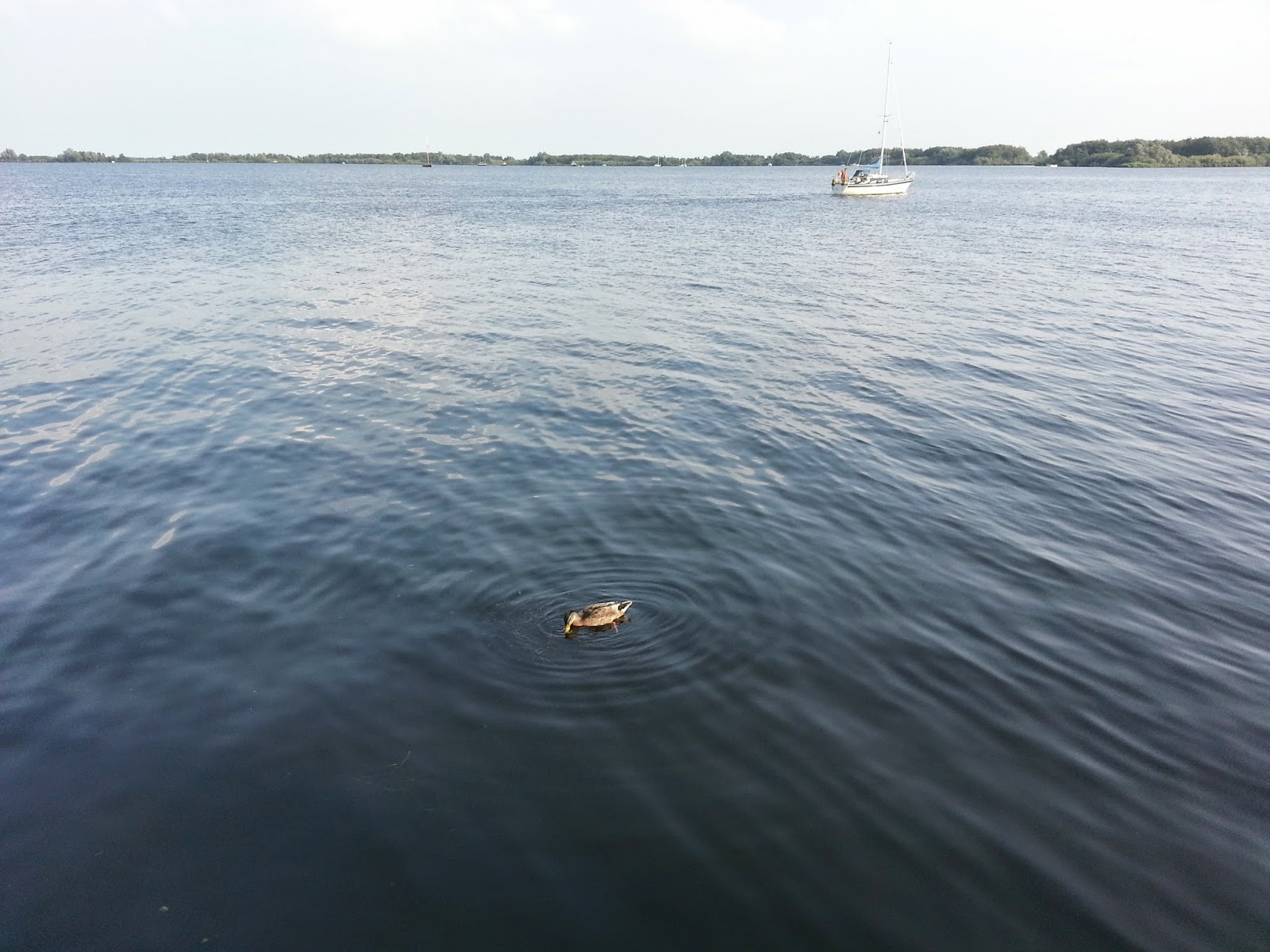 In the afternoon we arrived at Braassemermeer, a large lake at the junction of several canals. The wide open space contrasts with the confined feel of the canals that we have become used to, and the water seems cleaner.

While here I cleaned out the engine cooling water filter, which had become partially choked with weed. Sometimes the murky canal water looks as though nothing much could grow in it, but the weed seems pretty resistant.

In the evening we went out for supper with some Dutch friends of Dave's, Vince, Heather and Roger. They visited and joined us in Bonita's cockpit, although having no nautical experience at all they declined the offer of a trip down the canal.

Posted by Bonita: Travels of a Victorian Yacht at 22:32
Email ThisBlogThis!Share to TwitterShare to FacebookShare to Pinterest
labels: Braassemermeer