Sadly today Justin had to go home as he had run out of time.  On the water there was one race today and I had Jacob on Bonita as crew.  There was a sparkling sea and a brisk SW wind.  We had a fine sail and with Jacob at the helm we seemed to be passing lots of boats.  However many of those were probably in different classes and sailing different courses: the Falmouth Classics is such a large event with over a hundred boats taking part that it's difficult to get an overall view of everything that's going on. 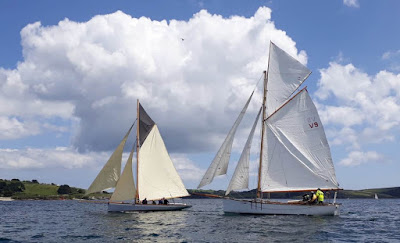 Ashore the Falmouth Sea Shanty festival is in full swing and the town is full of swashbuckling characters. The second picture shows a shanty singing group of bearded ladies - one of many remarkable performances. 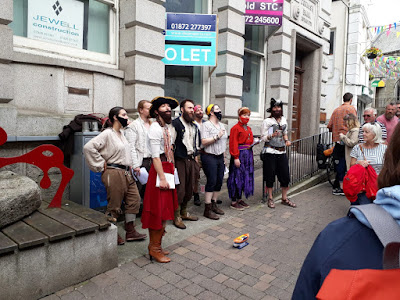 We had a prize giving ceremony in the refined surroundings of the Royal Cornwall Yacht Club.  Bonita was awarded three third prizes for the three races over two days.  The third picture shows one of the presentation mugs.  While we definitely don't race in the expectation of winning anything, having come so far to take part it is nice to have got something 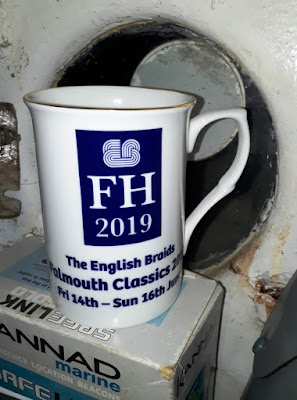 In the evening D arrived to spend a few days on the boat and generally sort things out...
Posted by Bonita: Travels of a Victorian Yacht at 23:34