Today started with a guided tour of the old part of Dordrecht There are many fine buildings dating from the days with this was a prosperous trading port between the sixteenth and nineteenth centuries.

There were also several pictures and plaques reminding people of the devastation caused by the widespread flooding in 1953 which led to the building of the extensive and very impressive flood defences that are so often seen in Holland. 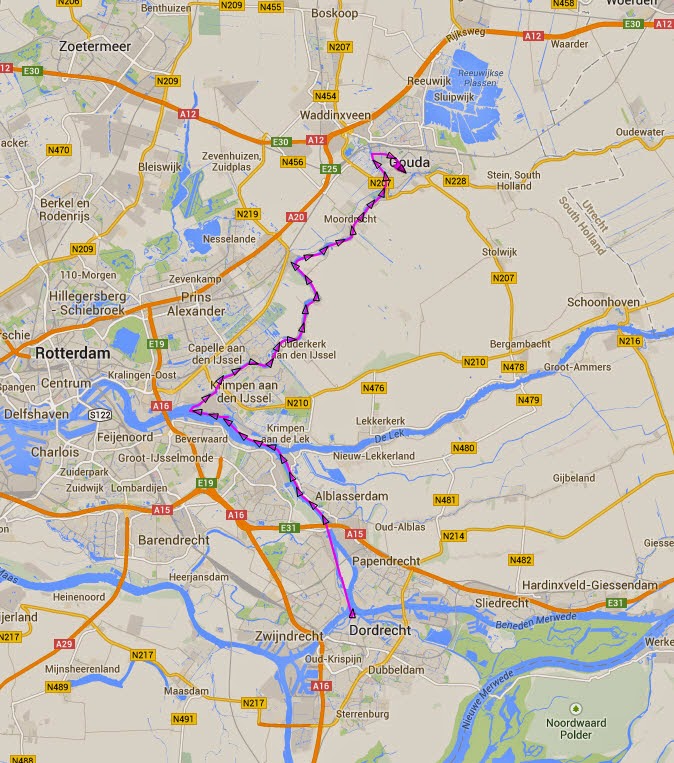 After our guided tour we left Dordrecht as a slightly ragged convoy at about midday.

This evening we are in Gouda. On the way we have passed through some of the busiest inland waterways in Europe; we have gone through three sets of locks and rather more lifting bridges.

This seems like a full day's work with plenty of opportunity for causing embarrassing and costly mistakes by minor errors of judgement when manoeuvring in confined spaces. Gouda however is a quaint town and we are tucked away down a quiet side canal near the centre of town. The sad news is that D has had to go home, having stayed away from her medical duties for as long as she could. Bonita is now entrusted to the gentle care of just Dave and me until fresh reinforcements arrive at the weekend.

We found Bonita's namesake shop in Gouda although I fear it may not be doing so well as everything on sale is half price! 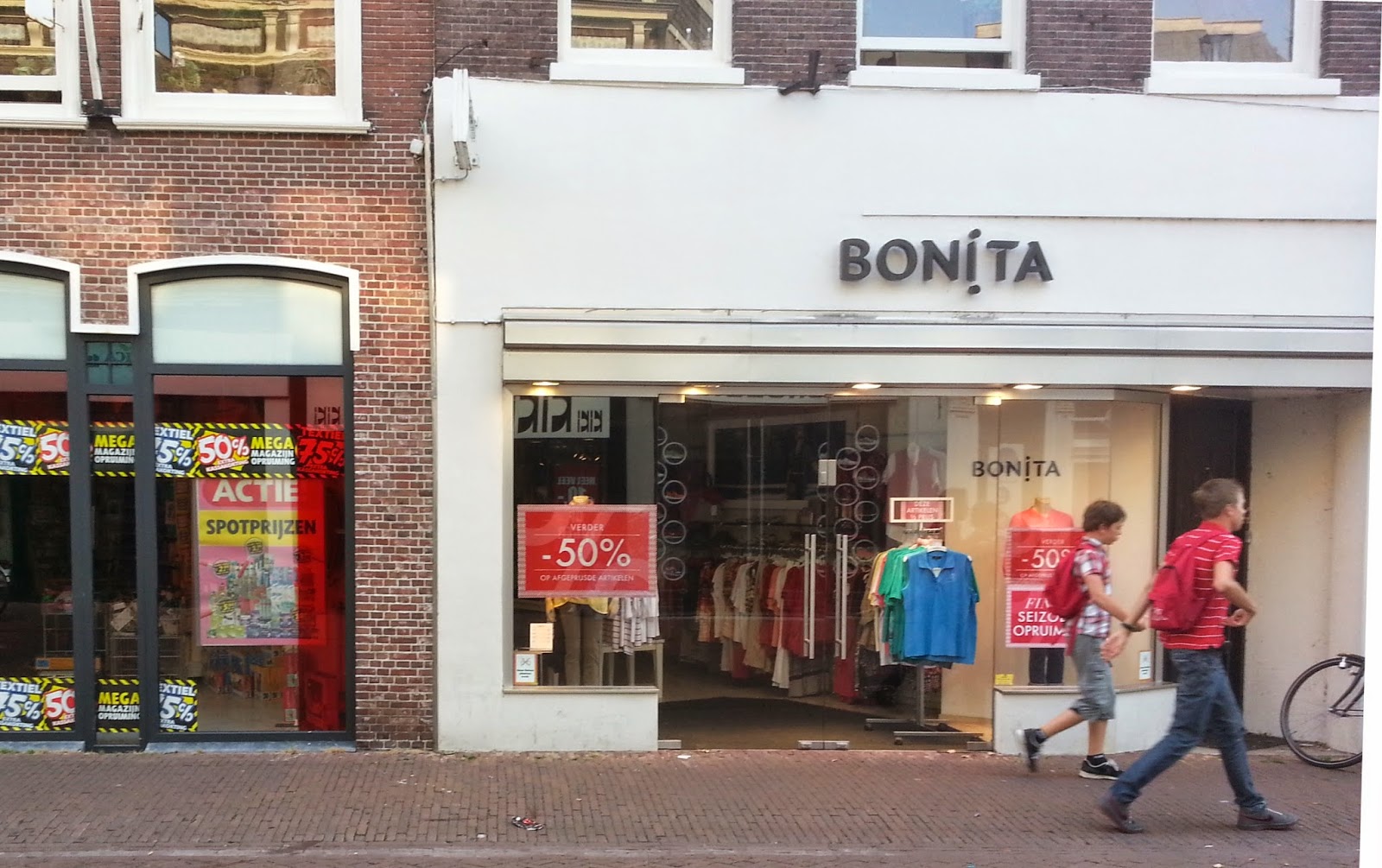 Posted by Bonita: Travels of a Victorian Yacht at 05:35
Email ThisBlogThis!Share to TwitterShare to FacebookShare to Pinterest