Today a massed group of about 60 old boats travelled in convoy through the inland waterways from Wemeldinge to Dordrecht.  They must have been a fine spectacle. 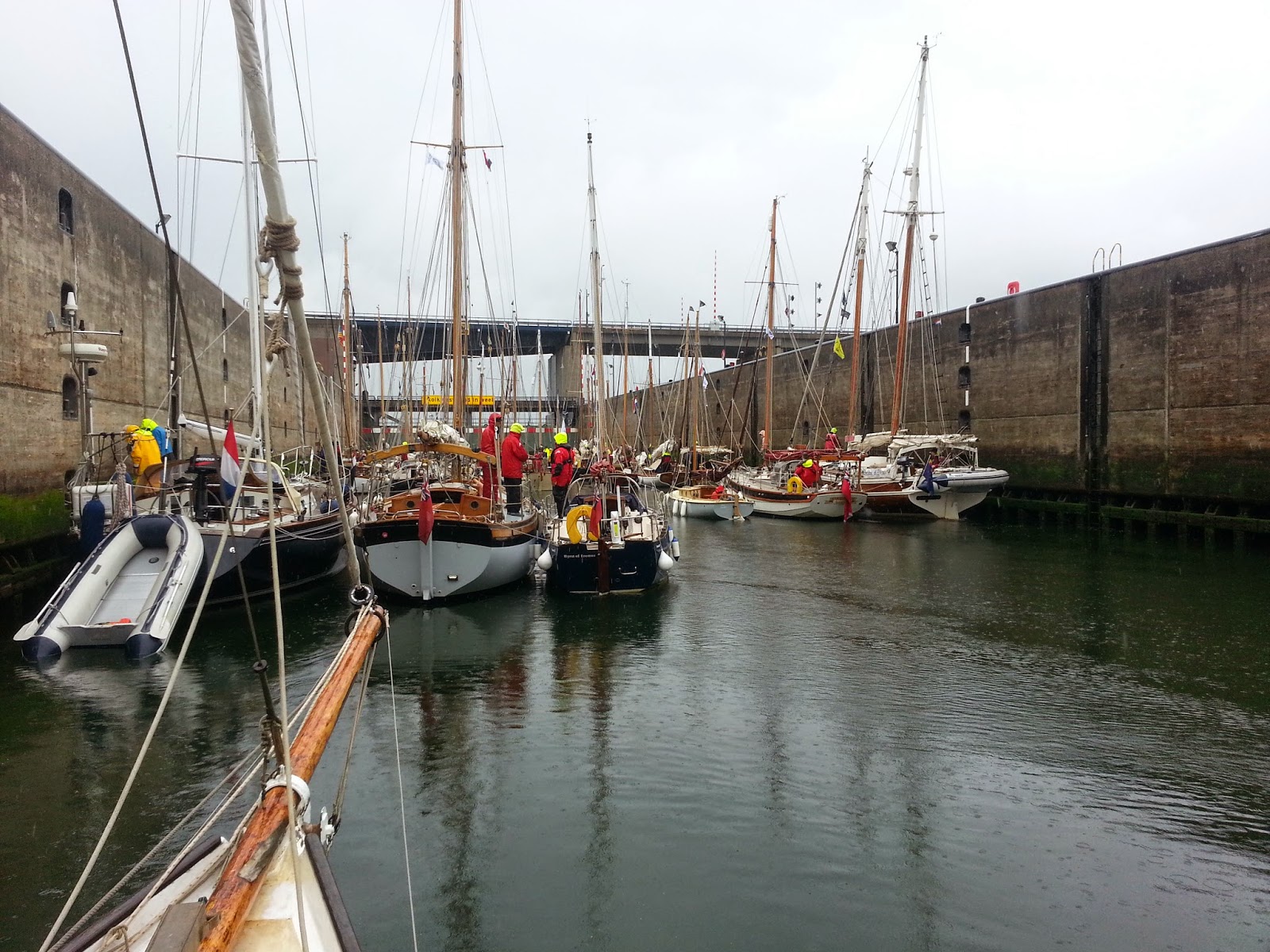 The trip was great fun but had its difficulties.  We left Wemeldinge in a rainstorm which reduced visibility to virtually zero.  The weather could only get better after that, though we had  head winds all the way.

The first picture shows a large commercial lock at Krammer crammed with elderly sailing boats.  At this point we left salt water and entered fresh, which we hope will discourage any barnacles on the bottom. 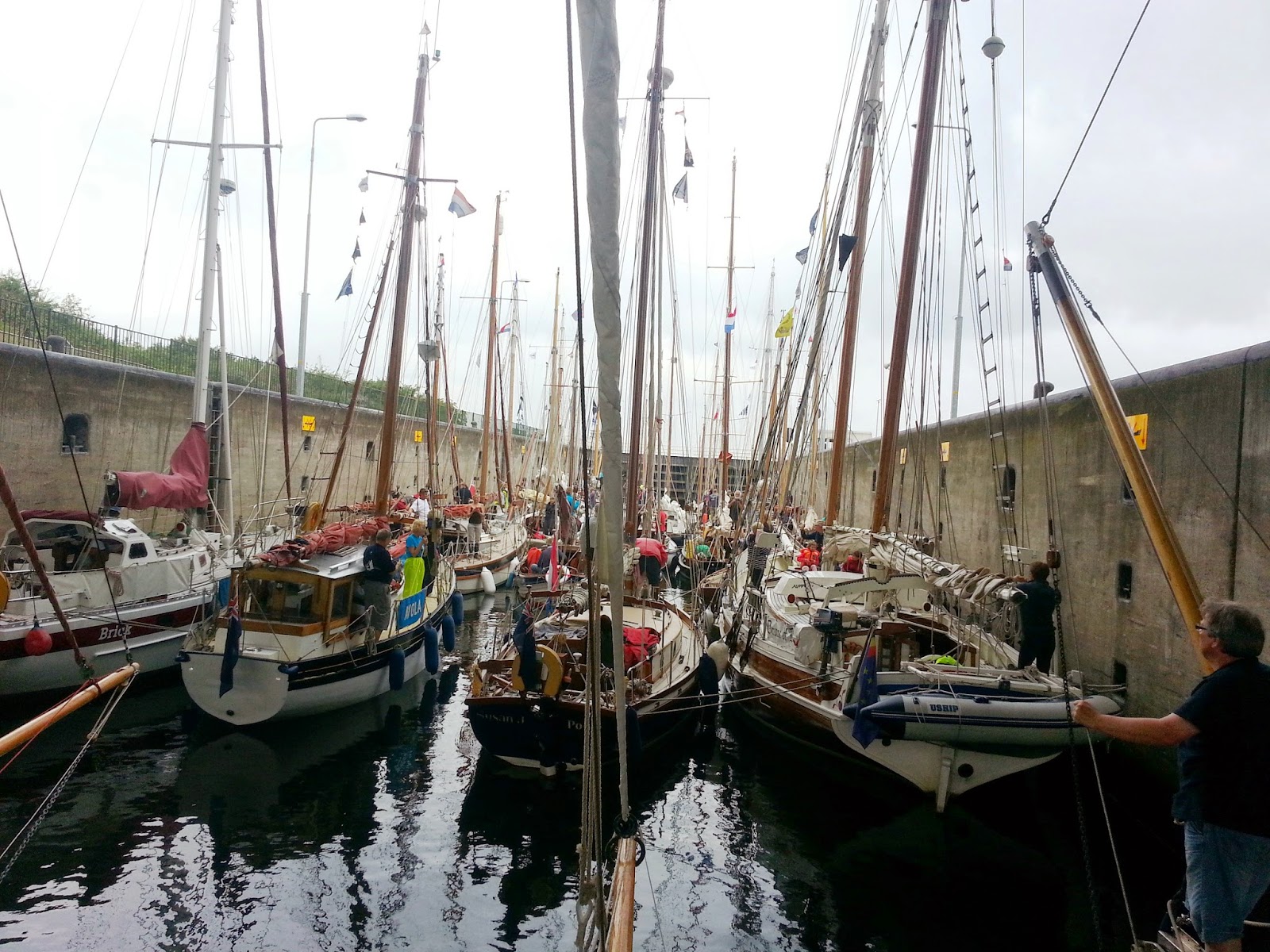 We had a scramble to fit into a smaller lock at Volkerak (picture #2) and some congestion getting under a lifting railway bridge at Dordrecht.  This only opens for 9 minutes every 2 hours so everyone was very keen to get through first time.  We're now in a small harbour off the main canal in Dordrecht

Although Bonita is difficult to manoeuvre under motor, many of the other old boats are not much better, so there's plenty of interest in watching them negotiate tight spaces.
We've seen a few minor collisions but fortunately without significant damage or loss of temper.

Posted by Bonita: Travels of a Victorian Yacht at 06:56
Email ThisBlogThis!Share to TwitterShare to FacebookShare to Pinterest