What a surprise – a sea journey of buildings - by Ant Bennett

Having spent a second week enjoying the hospitality of Bonita and her faithful and devoted skipper (who must be the only person able to control her eccentric ways, especially when under power in tight dock areas), I come back not thinking so much of the wonderful sea passages but more the amazing buildings we passed by.  What a surprise for one who knows this coast so little - and what beauty.

Newcastle - with its most northerly English cathedral, a place of worship for over 900 years, cruising down the Tyne with all its bridges, its docks and places like Gateshead, Jarrow, and North & South Shields. 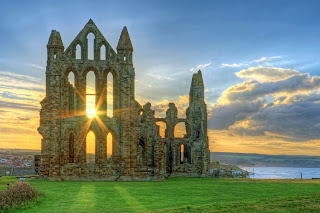 Whitby – at the entrance to the River Eske with its huge Abbey perched up on the headland, founded in 657AD by the Saxon King of Northumbria who appointed Lady Hilda as Abbess. One of the few places in the UK where you can watch the sun rise and set over the sea in summer.

Bridlington – with its Priory Church founded in 1113AD by Walter de Gant. Built on the site of a Saxon church, the monastery was one of the earliest and largest Augustan houses in the country.

Scarborough – (by train) with its massive Grand Hotel completed in 1867 - one of the biggest hotels in the world at the time, designed around the theme of time with its 4 towers representing the seasons, the 12 floors the months, the 52 chimneys the weeks and the 365 bedrooms the days – just fantastic. 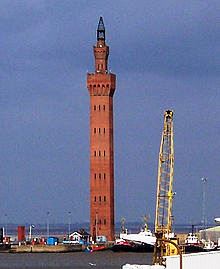 And finally Grimsby - with its amazing infrastructure of docks and its entrance dominated by the Dock Tower built in 1852 of red bricks based on the Torre del Mangia in Siena; 300 feet high holding 30,000 gallons of water used to drive the hydraulics of the lock gates and cranes – what beautiful engineering.

Let's trust that Prince Charles' visit to the area next week will open other people's eyes to the beauty that is there.
Posted by Bonita: Travels of a Victorian Yacht at 08:43
Email ThisBlogThis!Share to TwitterShare to FacebookShare to Pinterest