We are now getting quite familiar with Karlskrona while dealing with Calismarde's engine problems.

Yesterday's diesel engineers did not reappear but we got another one today who seemed more confident. He removed the injectors and took them back to his workshop. There he found one was working at reduced pressure and he adjusted it by adding an extra internal spacer. The engine does seem to be running better now but we are keen to see how it goes in a proper test tomorrow.

We had thought the injectors could be the trouble but I don't see how we could have diagnosed and cured it with the simple tools we have on the boat. We are grateful that we were able to find someone who could sort out the problem.

These two pictures show contrasting boats of similar age. The first is the Swedish submarine Hajan from 1904. She is preserved in the Maritime museum and must be one of the oldest submarines in existence anywhere. 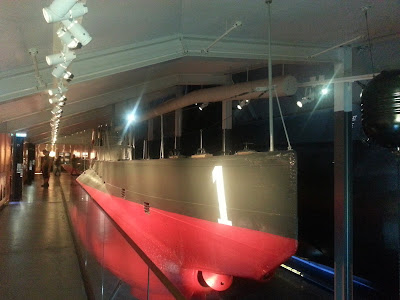 The second is of the Danish galeass Mester of 1903. She arrived in the harbour today. Boats like this were common small trading boats in the Baltic at the time. 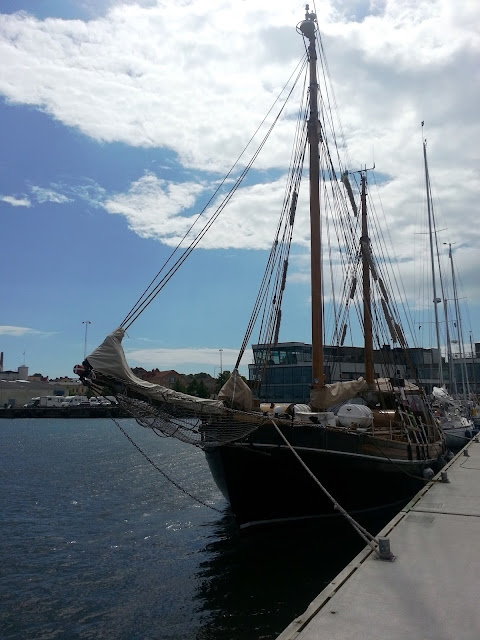 The submarine Hajan was a revolutionary design and has come to rest in a museum - no one would consider taking her to sea even if it were possible. The galeass Mester is a traditional wooden boat, is well cared for and is in regular active use.

We hope we will be able to move on tomorrow.
Posted by Bonita: Travels of a Victorian Yacht at 02:22
Email ThisBlogThis!Share to TwitterShare to FacebookShare to Pinterest