When the bridges opened this morning we soon got to Delfzijl. This is a busy industrial port, and the picture shows D with one of two huge floating docks that were in the harbour. We were later joined by Calismarde which had been waiting at Borkum for a couple of days. 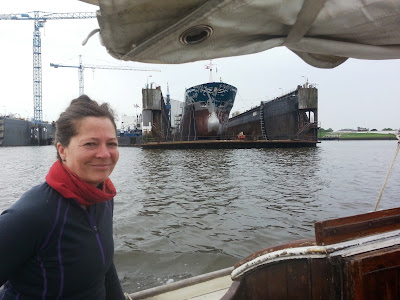 D had to leave to go back to more important but perhaps less exciting work at home and took the train to Amsterdam. Steve jumped ship from Calismarde and is now enrolled on Bonita's crew list. After D had left us we sailed down the river Ems to the German island of Borkum.

The Ems is quite heavily industrialised but Borkum is primarily a tourist resort.  The second picture shows our two boats in Borkum complete with brand new German courtesy flags. 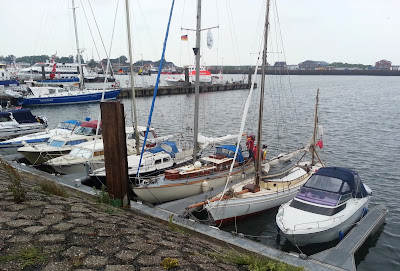 Calismarde took the outside route to Borkum while Bonita went inland: 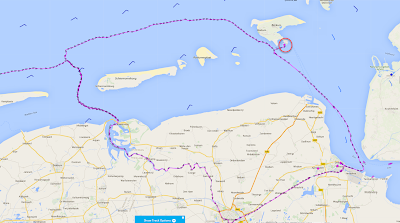 Posted by Bonita: Travels of a Victorian Yacht at 22:28
Email ThisBlogThis!Share to TwitterShare to FacebookShare to Pinterest