We left Bergkvara in light winds, passing through a rocky channel that seemed hardly to be wide enough for the boat.

Today was the day when we came to the edge of the known world on our GPS chart plotter. As with Christopher Columbus, everything after this was unknown territory. The reason was due to confusion on my part when buying a chip for the plotter to cover the Baltic. Normally our plotter covers waters as far as the river Elbe so I bought an extra chip to extend it. I thought I was buying a chip that would take us all the way up to Stockholm, but it must have been for a smaller area as we sailed off the edge a few miles outside Bergkvara. Sometimes you can't be sure what you are getting when buying on the internet. Fortunately we have all the charts of this area and have been navigating in traditional fashion by making pencil marks on paper charts. 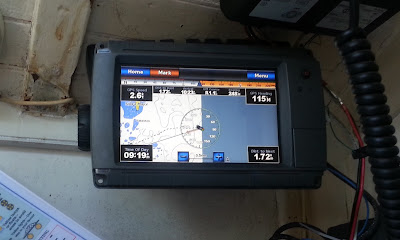 Navigation is generally fairly straightforward as there are plenty of good navigational marks. This lighthouse in fetching peppermint green is known as Skansgrundet. The names of places and lighthouses here are often extraordinary. Furthermore the names as written seem to bear no relationship to the pronunciation used by native speakers so there's no need to spend time trying to memorise them. 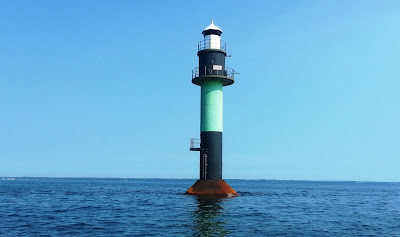 We are now in Kalmar, which is a large port city with many historical features. We will probably be here for a day or two as Geoff is changing crew. 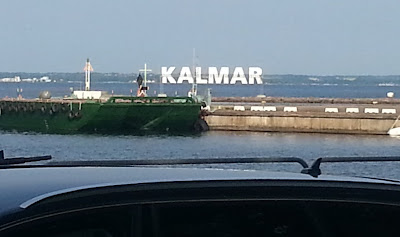